I’m not a beer drinker, nor do I hope in any way to promote drinking. But when I watch commercials, I have to admit I do get a kick out of beer ads.

I’ve been thinking about Dos Equis’ popular character, The Most Interesting Man in the World. The ad agency’s idea was that this man would be “rich in stories and experiences:” so says Wikipedia. But I’d like to elaborate and list a set of characteristics of this fascinating male specimen. 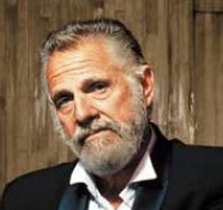 Now. Let’s look at these set of qualities as applied to a “most interesting woman.”

And here is where I have a hard time finding a photograph that would work, that any advertising agency would grasp onto as a winner, as a surefire way to get positive attention and loyal followers. The sticking point is age. Yes, there are a few women still busy as actors, but most of them are being cast as someone’s grandma or as a hilarious old lady who shoots off one-liners but is still endearing and mostly happy to hand out hugs. My husband told me, “Betty White, of course.” Yep, that amazing woman is still getting lots of work and making millions laugh. But she is not held out as a universal sex symbol, even though she does like to make naughty jokes. Can you really see Ms. White being used in an equivalent Dos Equis commercial (NOT for laughs; think the Snickers commercials)? 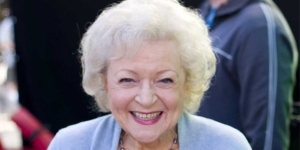 Here is where it really hits me just how much of a double standard there is in our culture regarding age. For men, age is desirable because it makes them wiser, more experienced, more fascinating, even mysterious. Some gray hair and wrinkles make men appear “distinguished,” not “old.” Men who look distinguished and have experience are sexually desirable, and even young women will hang all over them. (Are there any 50-year-old or 70-year-old women surrounding the Dos Equis man? Noooo. Those females are all in their 20s.)

Women, however, are not allowed, let alone encouraged, to grow old naturally. There are plenty of women in Hollywood who are being praised for “aging well,” which generally means they are touted for looking 30 when they are biologically 50. They modestly proclaim that their regimes of a vegan diet, drinking lots of water, avoiding the sun, never missing Pilates, and faithfully moisturizing have kept their faces and figures looking youthful. The women who look 50 when they’re 50 end up either being pushed out of the profession or playing someone’s grandma because looking your age is NOT “aging well;” it’s embarrassing and shameful. And 70? That’s a small club of actresses indeed. They never get to be surrounded by young, hot men hanging on their every word, hoping they’ll bed them (maybe for comedic purposes, but not in any seriousness.)

I’d like to propose that we women fight back. Let’s make ourselves the Most Interesting Women. I’ll use myself for an example, but I’d encourage each of you female readers to put a photo of yourselves somewhere with a list of your best qualities (or post that list on your mirror). 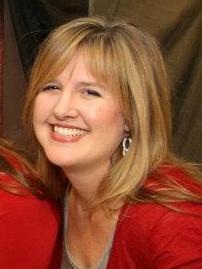 What do you say, ladies? Tell me how you are fascinating.