I’ve thought about this idea a lot, but seeing this little article reminded me: “Do we really want cartoons telling our kids they can do anything?”

Now, I haven’t been thinking a lot about the idea in terms of cartoon or movie themes, but the media portrayal of this concept is one facet to consider. I can’t count how many times I’ve seen motivational posters, pins, memes, etc. online or somewhere out and about that say something to the effect of, “If you work hard enough, you can do anything you can dream of!” In the case of this article, it addresses the related but even less likely trope, “If you dream it and believe hard enough, it can happen.”

I don’t believe either one is right, true, or even healthy. Let’s just think about this: how many people do you know of who dreamed of being NBA stars or actors? How many of them actually achieved their dreams? My husband played basketball in high school and was pretty talented. Problem: he’s only 5’8″. I think there have only been a handful of players in the past few decades of NBA history who have been that short. So my husband still sighs sometimes: “If only I’d been taller.”
I also happen to know a couple of people personally who became actors. And they’re not even particularly well known. But they are making a living in the movie business. 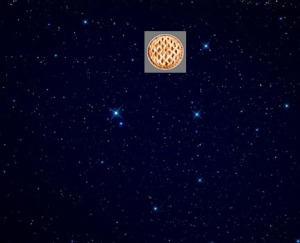 I’m in no way saying we shouldn’t encourage each other, particularly children and teens, to dream big. But at the same time, we’re doing them a disservice if we tell them “all they have to do” is believe hard enough or work hard enough and their dreams will come true. Because in reality, those kinds of pie-in-the-sky dreams don’t usually come true for most regular people. Even those who dream of going to a particular university (which isn’t quite as lofty or nearly-unattainable) quite often can’t, no matter how talented or hard-working they may be. Sometimes we may try and try and work really hard, but things just don’t fall into place; there are mountains in the way that we simply can’t climb over or move.

Even as I write this, I must clarify that I’m an optimist. I love to encourage people and to shoot for the stars myself. But I’m also midway through my life, and through personal experience and plenty of observation, I know what reality tends to be. What the odds are. Sure, we hear of stories of people who “beat the odds.” But the nature of “the odds” is that one person is the exception to the rule, while the rule comprises a million others. Only a few win a million bucks in the lottery; the rest lose lots of hard-earned cash.

Let’s still encourage each other and young people to work hard, to do their best, to dream, to envision futures that will please them. But let’s also help them to shape goals and futures that are realistic, that have a touch of “dream” to them but still a good chunk of attainability. Because don’t we want more people to really be able to achieve their goals and find that glowing, wonderful satisfaction in reaching that star, even if it’s still in our own galaxy?