Again, in reference to recent hotly debated issues, I’m not going to address gun control. I do think, though, it’s interesting to think about what constitutes true “safety,” or implied or felt safety. I’ve been thinking that most of the safety measures that are being implemented in schools right now, for instance, are really more there to create the illusion of safety than really, truly making our kids completely free from danger during school.

Kids are smart enough to figure this out really quickly, too. I have children at a high school, a middle school, and an elementary school. Soon after Sandy Hook, all three schools immediately started sending home letters and providing recorded information via phone calls about their stepped-up efforts to ensure students’ safety. Honestly, my first reaction on hearing the first phone call message was, “Right. Like changing which gates are going to be open at which times and which will be locked all day is really going to change things that much.” Yep. I was skeptical, and I’m still skeptical a month later. 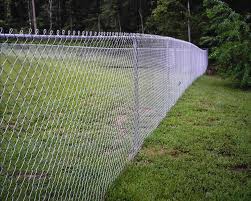 The high school started locking more of its gates two days ago. When I picked up my child and a friend at the end of the school day, I heard a good amount of reasoning from the backseat about how they viewed the new policies. Mostly it was this: it’s not going to do any real good. For one thing, the fences surrounding the school are just about six-foot-tall chain-link numbers. My little teen girl has jumped them any number of times (for good reason, let me just say; she’s not a rule-breaker) when she’s been at school outside of regular hours. So locking more gates isn’t exactly going to keep anyone out who really wants to get in.

The kids also observed that the recent threat that actually occurred at the school was by a student, and he had told a classmate about his intention to harm someone the next day at school (I think on a Facebook page). Allowing only students in to a few particular gates in the morning would not have kept this kid out because he belonged there!

The door to my kindergartener’s class is now locked every day the second the kids have all lined up and marched inside. If we arrive even 30 seconds late, then she has to stand outside, knock, and wait for someone inside to open the door. This is the only change I could see as making some kind of difference. The classroom’s only access is that door, and because of the design of the schools here (we’re in California, so the weather’s temperate, so the buildings all have rooms that open directly to the outside, not using any hallways), the room is then secure if the heavy door is locked. There are some smallish windows, but it would be difficult to get in through them. So I think this is the only measure that makes sense, though it stinks if we’re running late. That’s OK, though.

Aside from that, all the gate-locking in the world is like having a basic home alarm system: it helps the most as merely a deterrent to the casual intruder. But someone who is absolutely determined to get in will easily find a way around it.

These are just a few simple examples of how the schools are trying to demonstrate their increased commitment to our children’s safety. But really, it doesn’t mean much to me. Life is impossible to secure. Wacky, random, and tragic things happen everywhere. It’s impossible to fortify ourselves or everywhere we go to a point that we will be completely safe from any threat. Stuff happens. People are crazy. They do stupid, crazy, horrible things sometimes. Yes, it’s good to do what we can to reduce the harm, but so much of what the schools are doing really just seems pointless. I want to be safe, and I sure as heck want my kids to be safe. But neither I nor anyone else can guarantee their safety anytime, anywhere.

That’s the thing: we can talk about gun safety, about gun control and rights, we can talk about making security better in all kinds of contexts. But (yes, TSA) there are always holes in the systems and loose ends and cracks of some kind or another, whether it’s human error or breakable machines, etc. Stuff slips through all the time.

Thinking we can actually keep everyone safe in any situation is just fruitless and ridiculous. We can try. I’m not saying we shouldn’t. But in the end, all the measures in the world are merely an illusion of security. Because life and other people are unpredictable and not safe. We can just do the best we can to go about our business and take care of each other in the meantime.